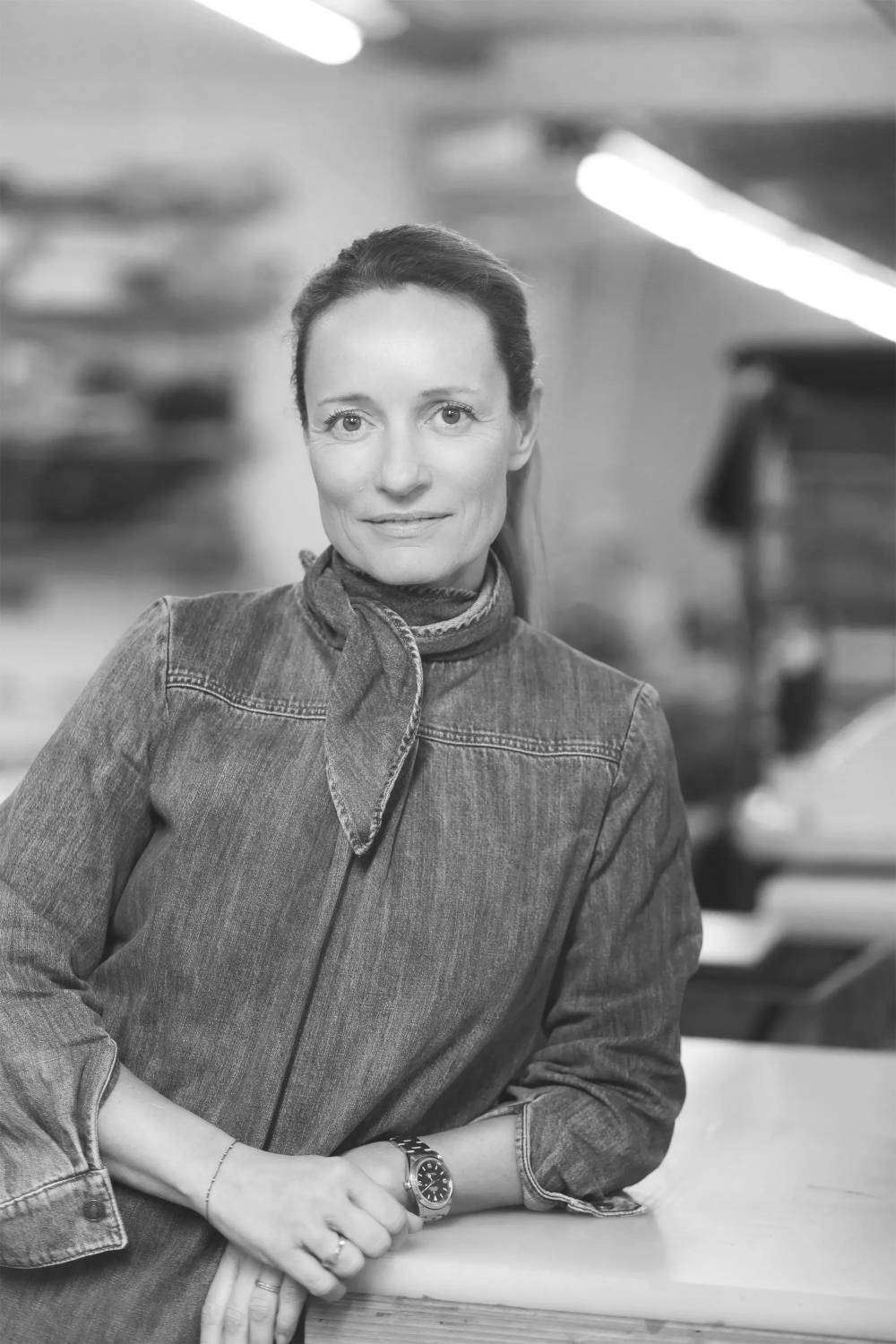 'MY MISSION IS TO CREATE A TIMELESS
PRODUCT THAT WOULD LAST FOR YEARS
NOT SEASONS, A PRODUCT MADE CONSCIOUSLY
AND WITH PURPOSE THAT ANYONE CAN
FEEL GOOD ABOUT PURCHASING.'

Born in Germany and trained in fashion design and pattern making at Paris’s ESMOD, Tina worked for Issey Miyake in Paris and Tokyo, before moving 1992 to New York to work for Calvin Klein. At a time when critics considered Calvin Klein groundbreaking for his timely approach as well as his headline-making ad campaigns in the 90’s.

In 2000, Tina co-founded Lutz & Patmos in New York, a women’s ready-to-wear line that focused on luxury knitwear. In her role as creative and branding director for over a decade, Tina spearheaded innovative, multi-platform collaborations.

Additionally, Tina worked with multiple companies on various brand collaborations, such as Lutz & Patmos x Uniqlo, multiple season knitwear collections for Coach and a homewear collection for West Elm. Parallel, she served as adjunct professor and mentor at RISD.

After 24 years in New York, Tina returned to Germany and launched Lutz Morris, a line of German made luxury handbags based on her career-long passion for artisanship, responsible production and altruism.