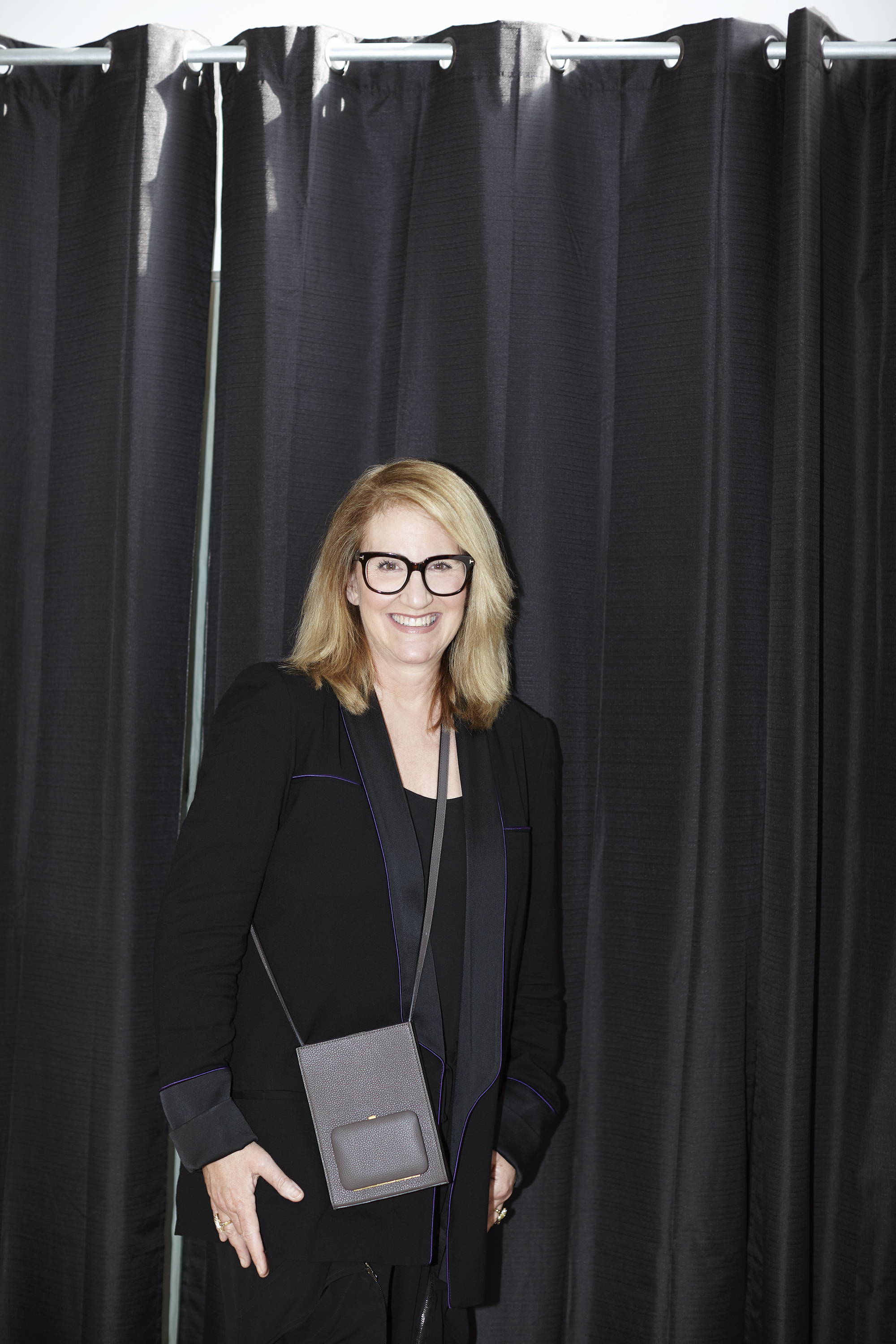 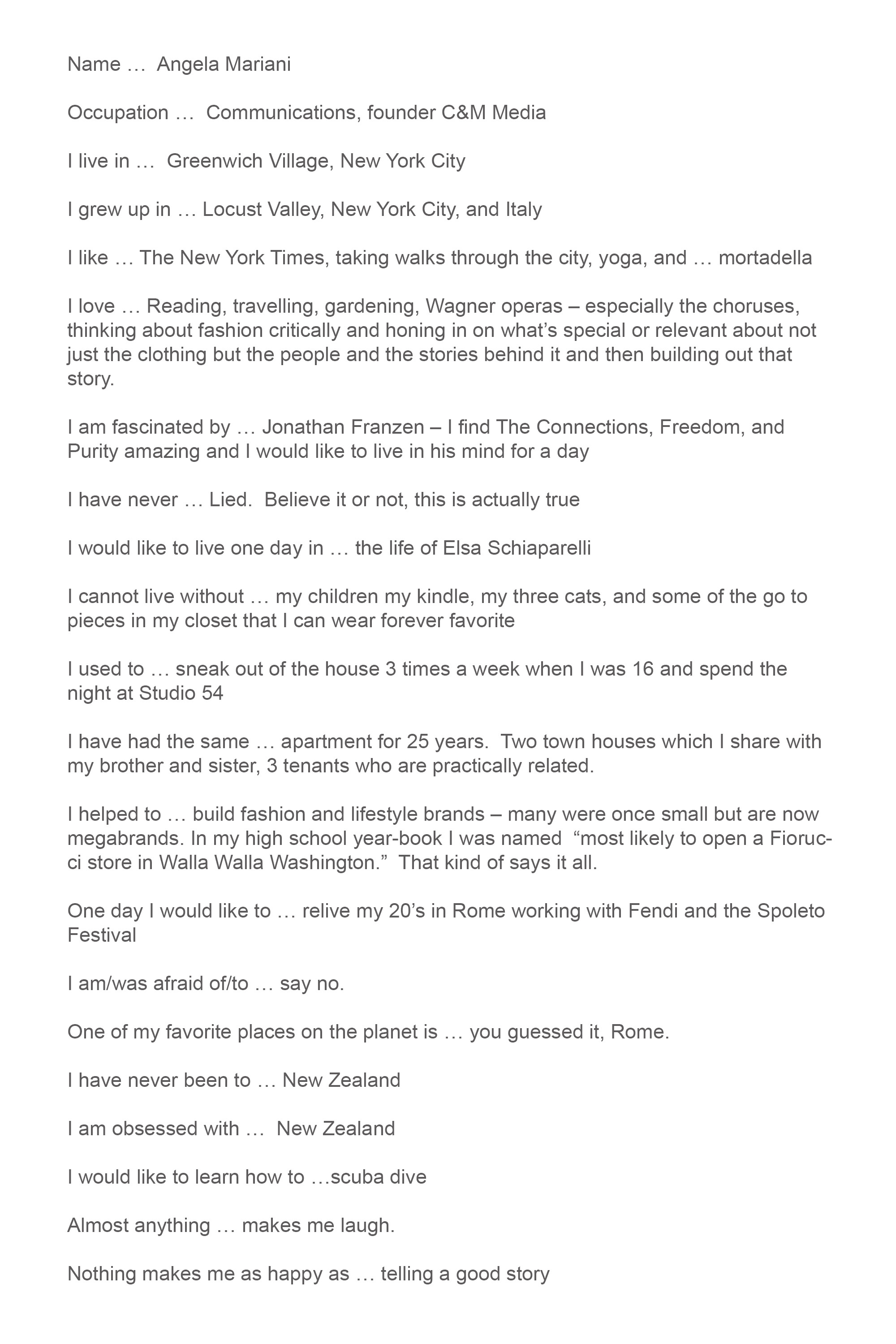 Angela Mariani has never lied in her life, this is actually true.
In her high school year-book she was named ‘most likely to open a Fiorucci store in Walla Walla Washington’.
She did much better than that.
She founded C&M Media in New York building fashion and lifestyle brands – many brands under her wing went from small to megabrands.
She is a rare pearl in the world of public relation, kind, honest, straight forward and a true friend.
When Angela arrived at our photoshoot, she realized that she lost her very precious and meaningful necklace on the way. Everyone on the set could tell how much she was rattled by the loss, but she kept her calm and acted like the pro she is.
Sadly, the necklace was never found.
Her take: At least the person who found it had a good day!