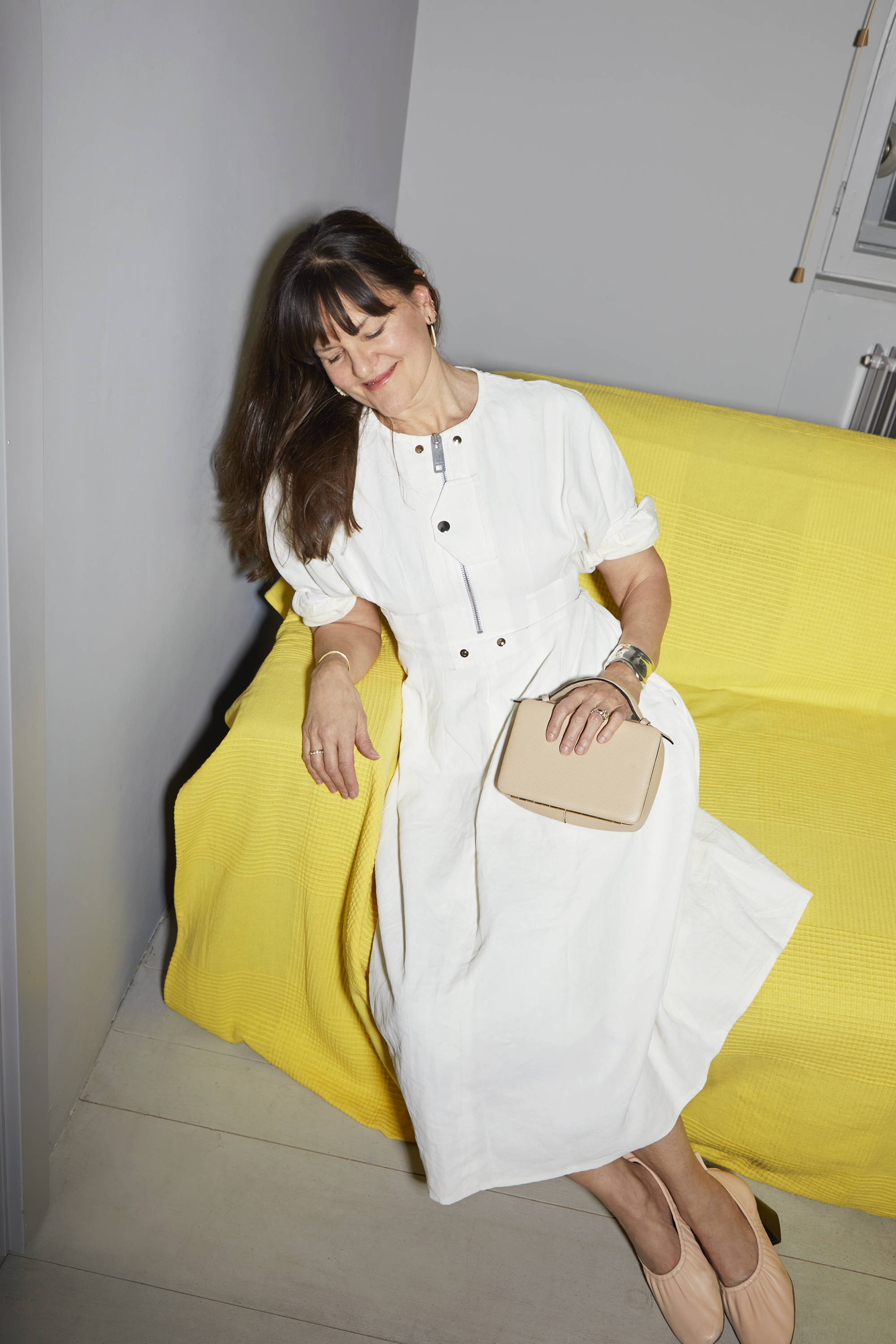 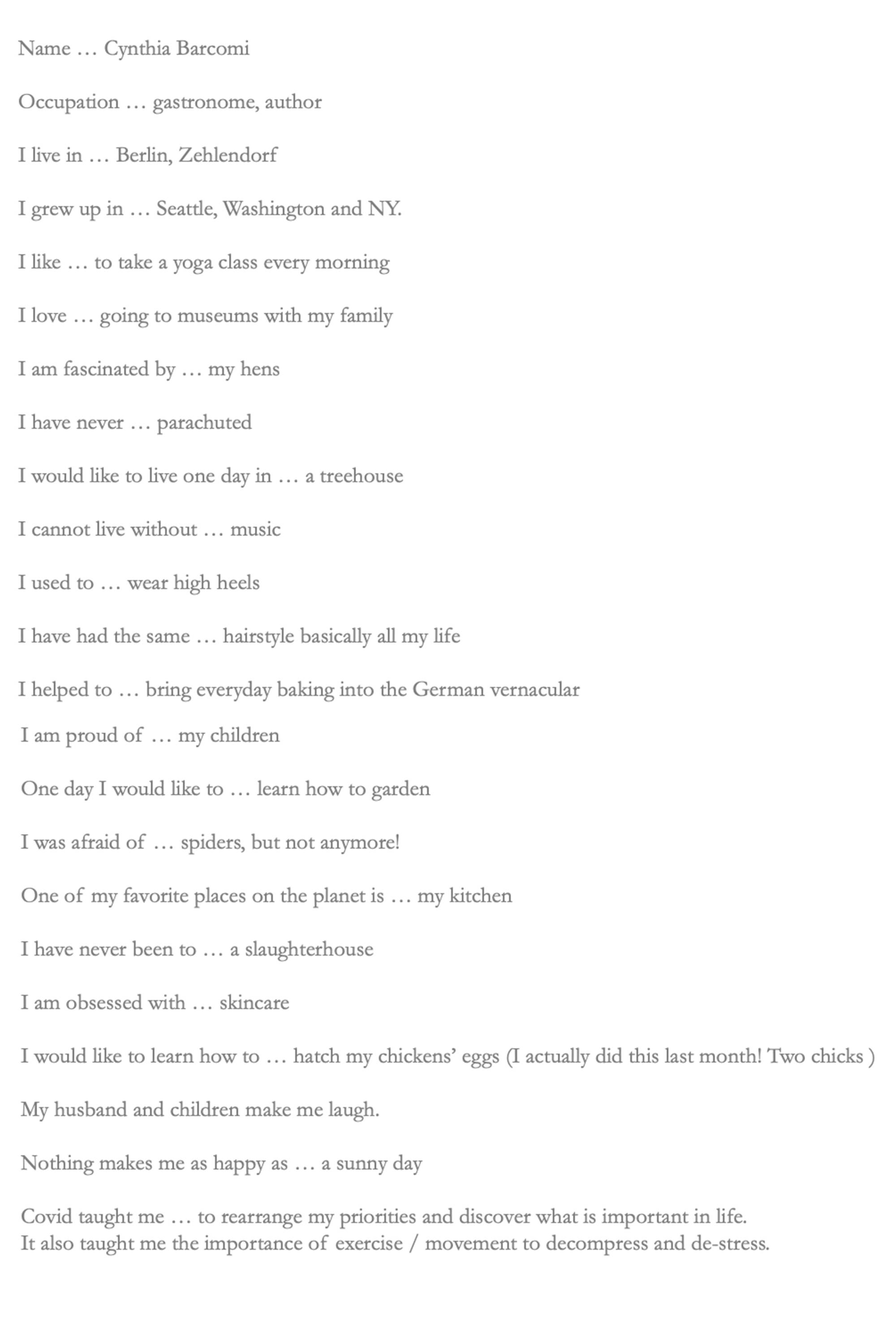 If you ever get drifted away by wind and current on a pedalo on an Austrian lake, Cynthia Barcomi is the woman you want at your side. (We eventually made it back to shore to a worried Anna Winger)

Her energy, positivity and determination make this mother-of-four a true powerhouse.

The easiest way to describe Cynthia Barcomi is to call her the ‘Martha Stewart of Germany’.
She brought everyday baking into the German vernacular through her regular TV appearances, her nine baking books and cookbooks and her branded baking supplies.
She left the States in the mid-80s and came to Berlin to dance after graduating from Columbia. After her second daughter Coco was born, she began roasting coffee beans and baking. This led to the opening of the legendary ‘Barcomi Deli’ in the mid-90’s and Cynthia quickly became an unparalleled figure in the German gastronomic landscape.

I am already looking forward to my yearly birthday cake! ;)