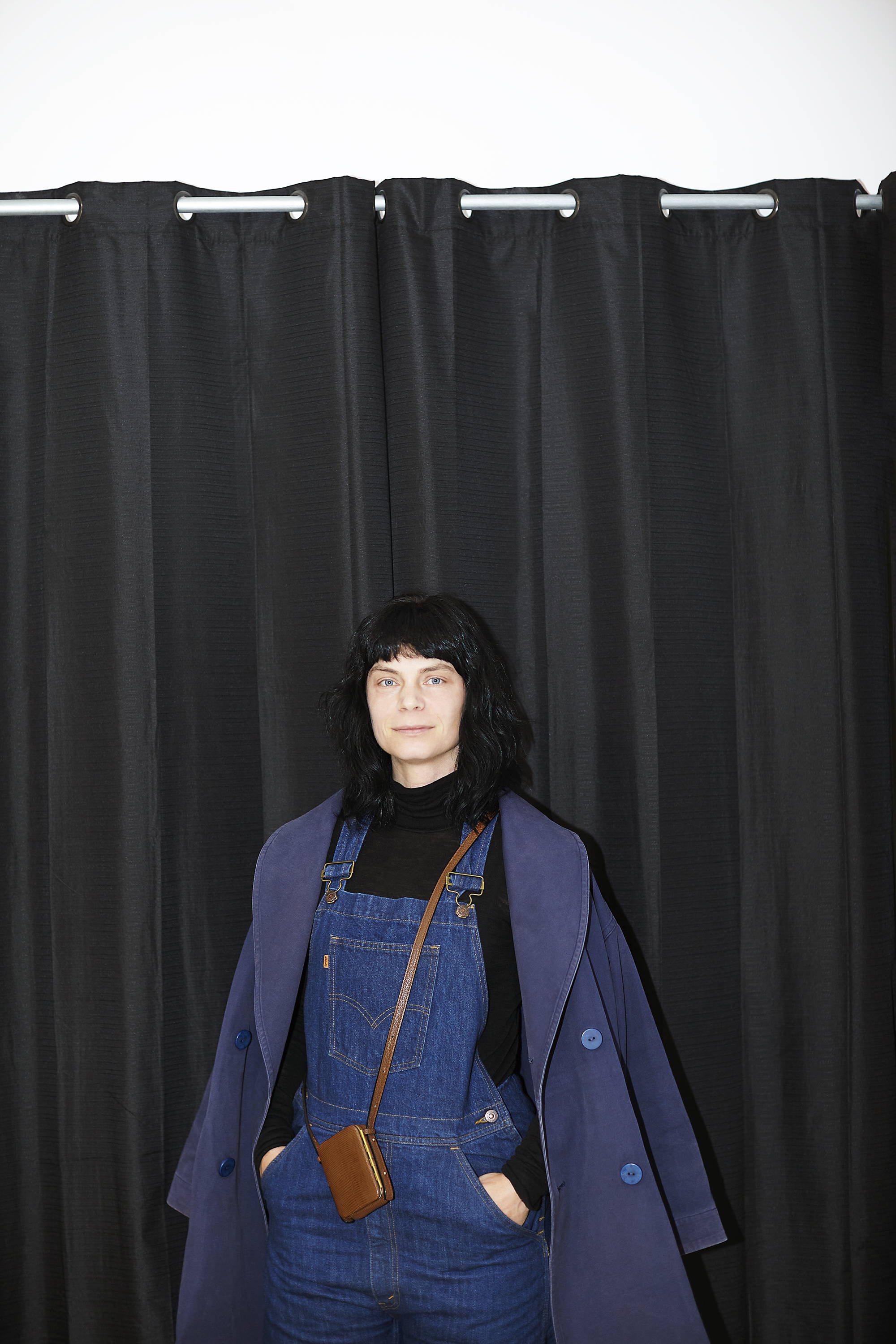 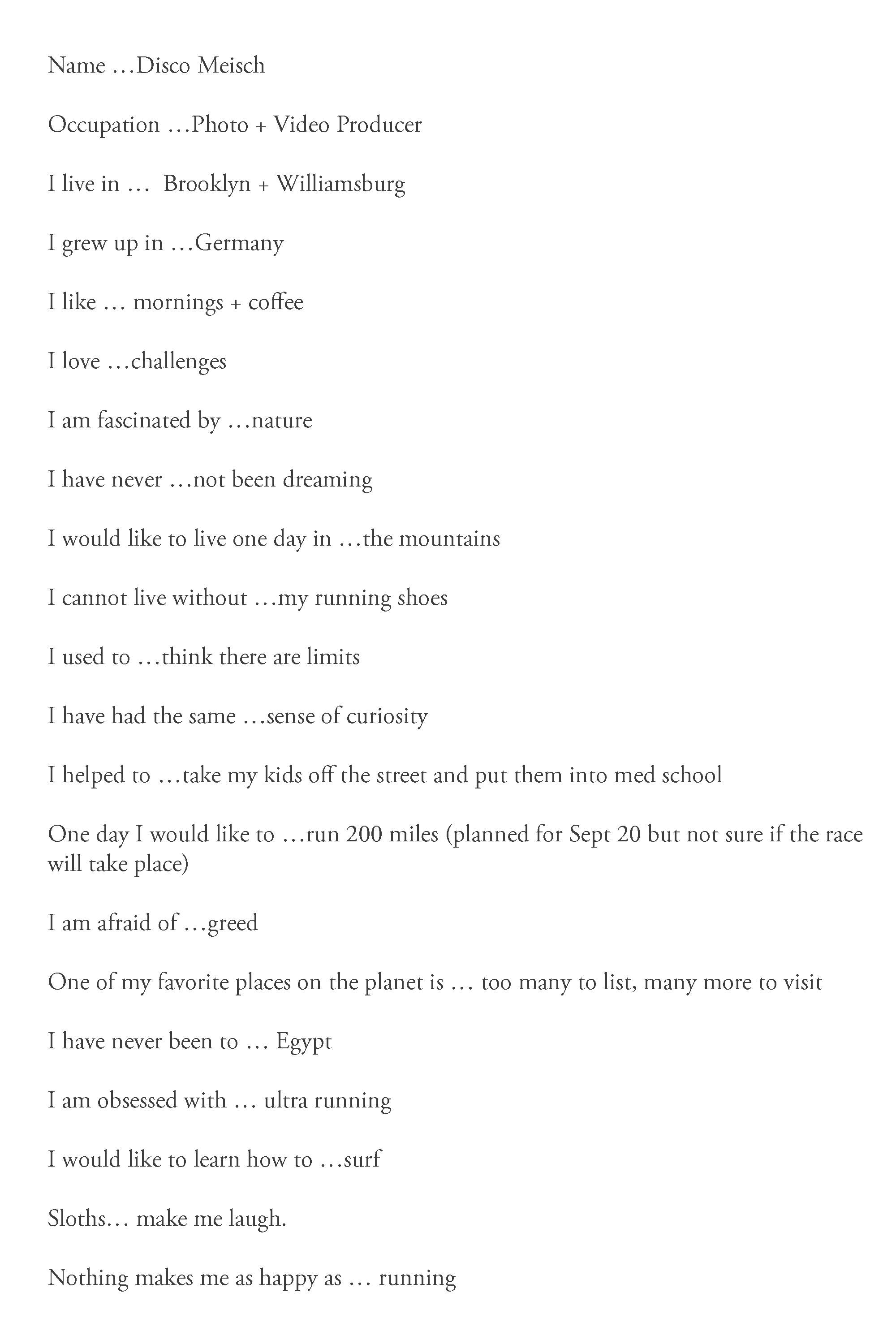 Next up in our tribe series is Disco Meisch.

I met Disco in Reykjavik through EveryMotherCounts, the charity that Lutz Morris supports with every purchase. Disco and my husband were part of the EMC running team, raising money for EMC’s cause to prevent maternal mortality.

Disco owns the production company Liebling in Brooklyn.
When she is not scouting locations around the world or executing elaborate shoots, she is running Ultramarathons.
Disco has run many of them, but she is he most proud of the three below:

1.
The Marathon des Sables is the one I remember most, because I was really worried that something will happen to Disco.
The Marathon des Sables is a six-day 251 km (156 mi) race through the Moroccan Sahara Desert. It is the toughest and most grueling footrace on Earth.
Imagine running a marathon every day for six days straight across endless sand dunes while carrying what you need to survive on your back.
The race organization only offers water and open tents to sleep under.
Disco started packing her running backpack months before, constantly trying to improve the weight of her gear.
After she started the race, nobody could get in contact with her.
We could see online when she finished a stage. Those seven days felt very long. We were relieved and SO PROUD when we found out she made it!

2.
The Grand Raid de la Réunion is a mountain Ultramarathon race. The race takes place on Réunion Island in the Indian Ocean. The 162 km route with 9643 m of elevation gain is reputed to be brutally difficult and one of the hardest footraces in the world. Disco finished the race in just under 56 hours running non-stop.

3.
The Ultra-Trail du Mont-Blanc is a single-stage mountain Ultramarathon. It takes place in the Alps and follows the route of the Tour du Mont Blanc through France, Italy and Switzerland. It has a distance of approximately 171 kilometers (106 mi), and a total elevation gain of around 10,040 meters (32,940 ft). It is widely regarded as one of the most difficult foot races in the world. Most runners will have to run through two nights in order to complete the race.