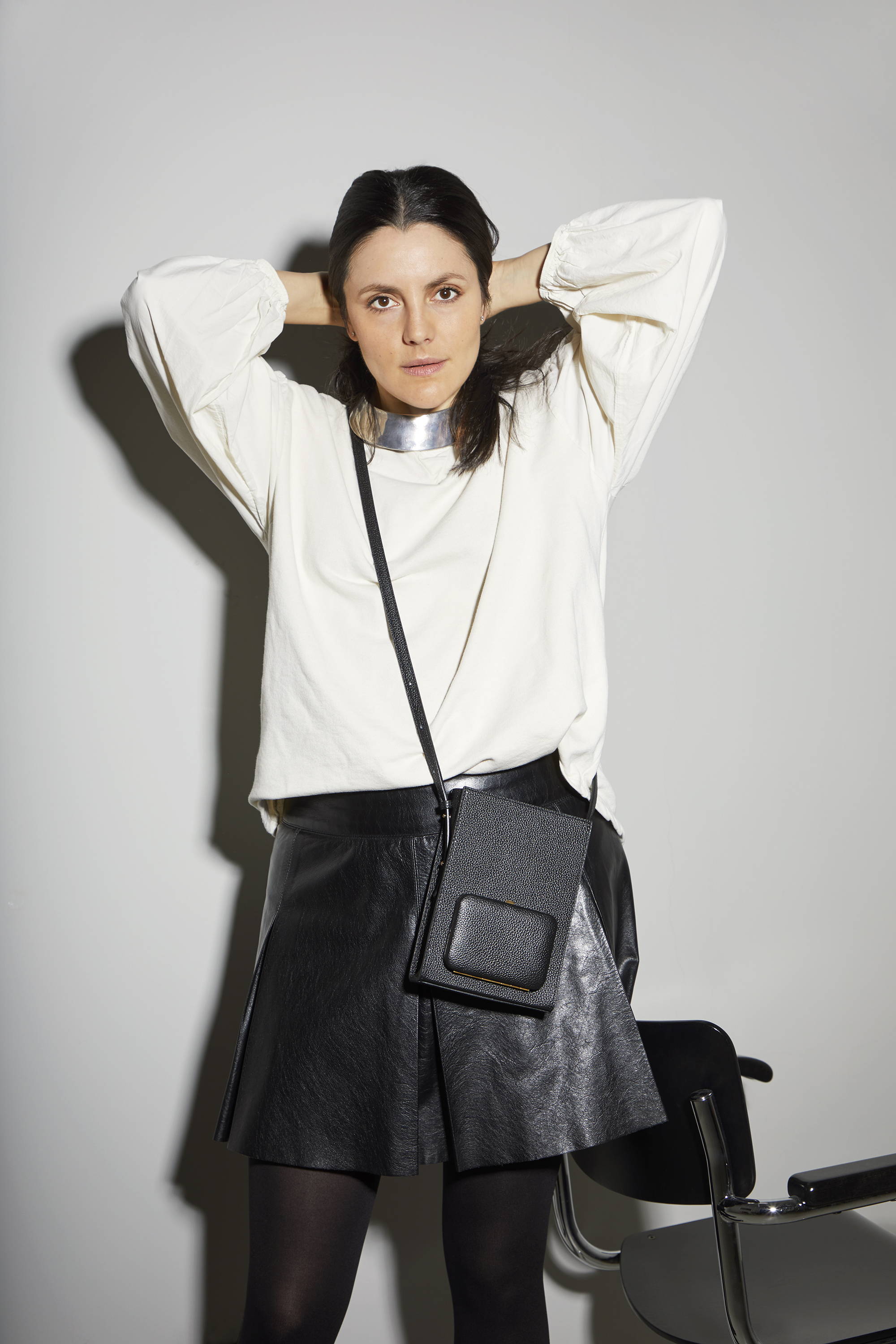 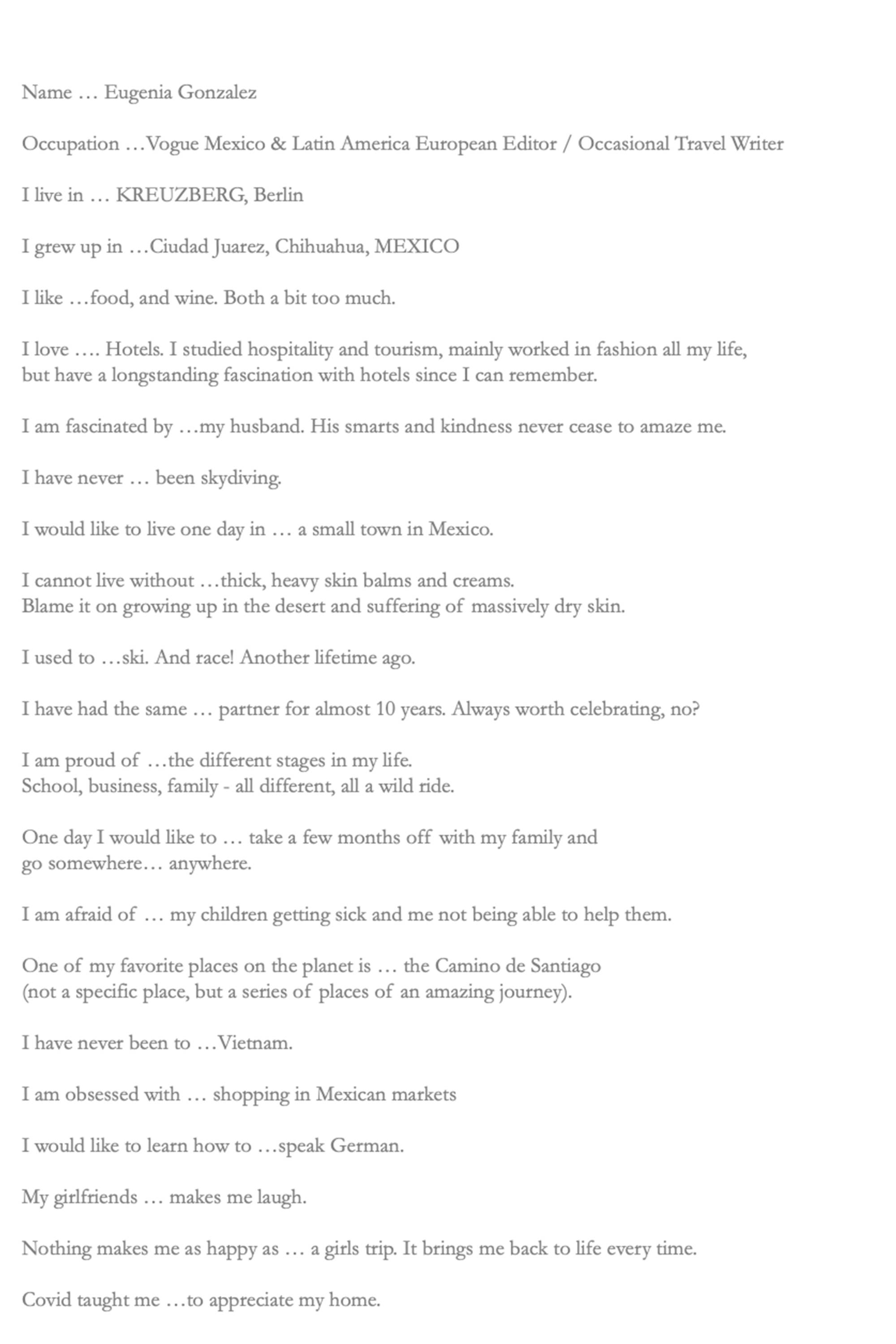 She is the European editor of Vogue Mexico & Latin America and a freelance travel writer.
Originally from Mexico, she spent many years in New York, before she settled in Berlin Kreuzberg for love.

Love is Eugenia’s driving force. Her love for her husband Martin Henn, her two daughters, obviously traveling, good food and wine and life is contagious.

There no party or adventure Eugenia says no to, good times are always guaranteed!

As Berlin has been very affected by the recent wave of refugees from Ukraine, Eugenia became an advocate helping fundraising and taking an active role in the ‘Kick-Ass Moms’ group supporting a variety of foundations on the ground working like @fokowisko a Polish organization working on both sides of the border providing food, medicine, shelter for those in need and @beanangelev a German foundation working for refugee extraction, support and resettlement.