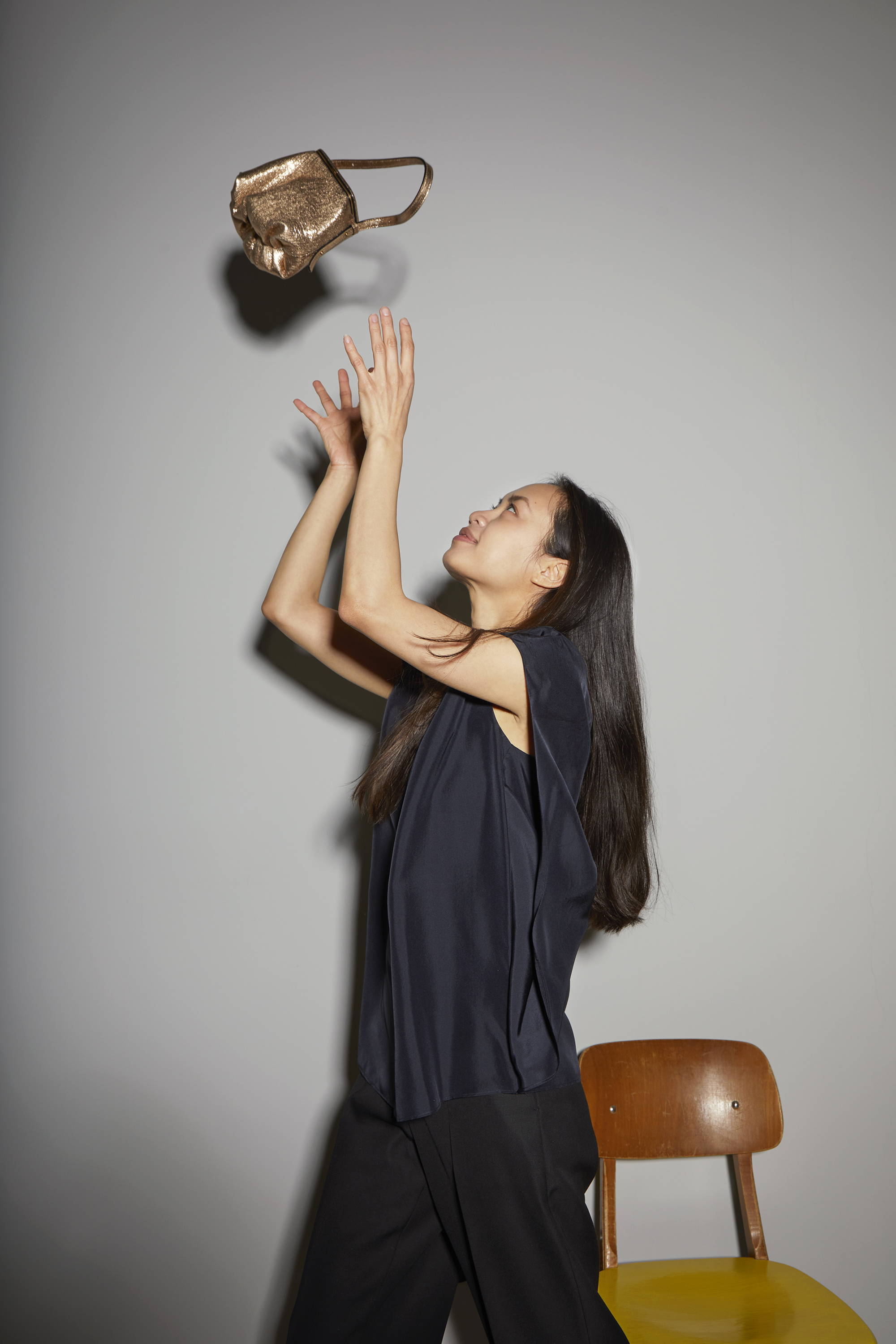 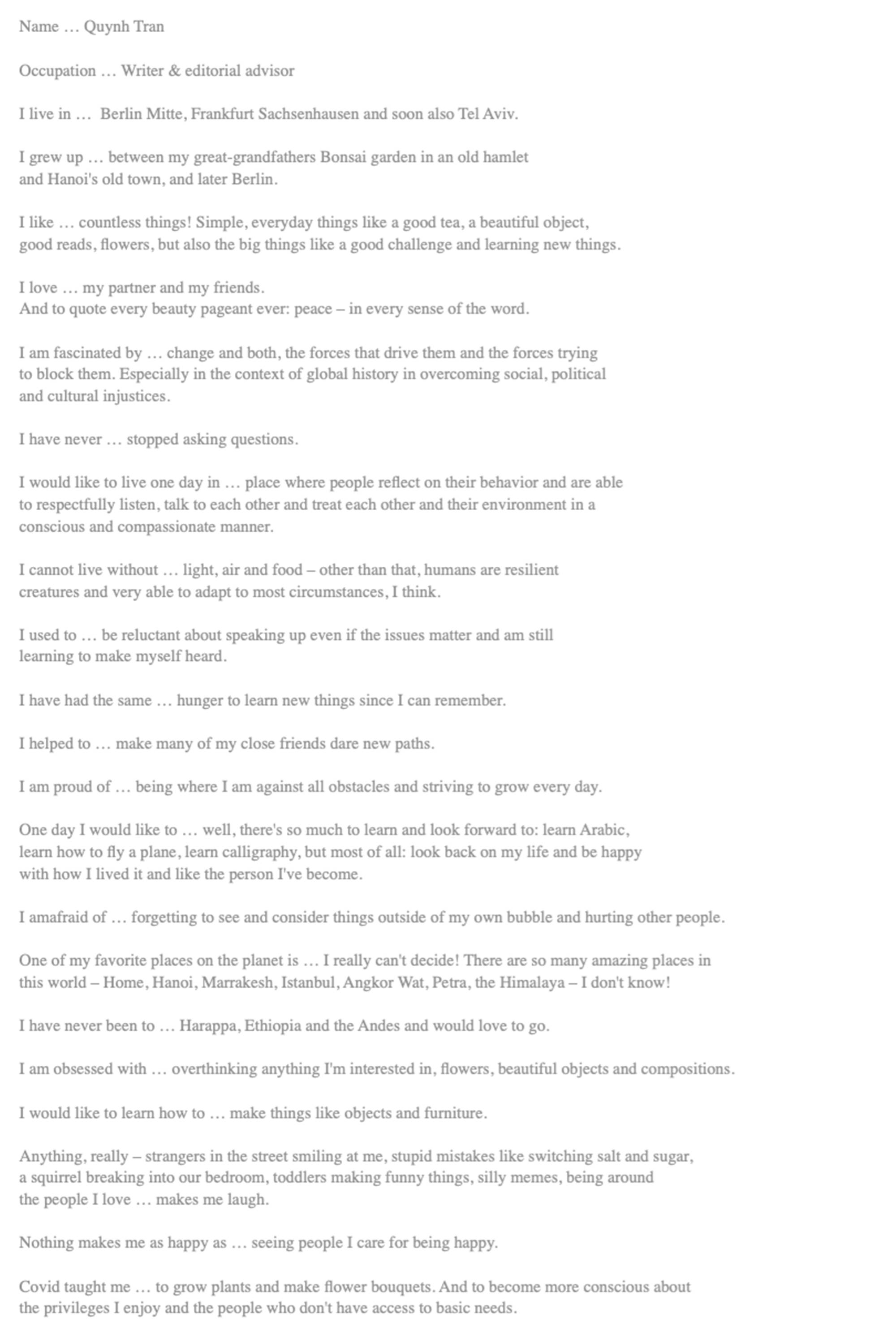 Quynh Tran is an author, journalist and editorial advisor writing for outlets such as WWD, the Artnet and FAZ (a respected daily German newspaper which also hosts summits). She wrote a big profile on Lutz Morris a few years ago, which is how we met and became friends.

Quynh’s curiosity has taken her to many places, driven by her hunger to learn new things and tell stories that broaden our horizons. Last year, Quynh and her partner, also a journalist, relocated to Tel Aviv to report from there.

Quynh says she is still learning to make herself heard, but for me, she already is one of the most important voices in the German media landscape.