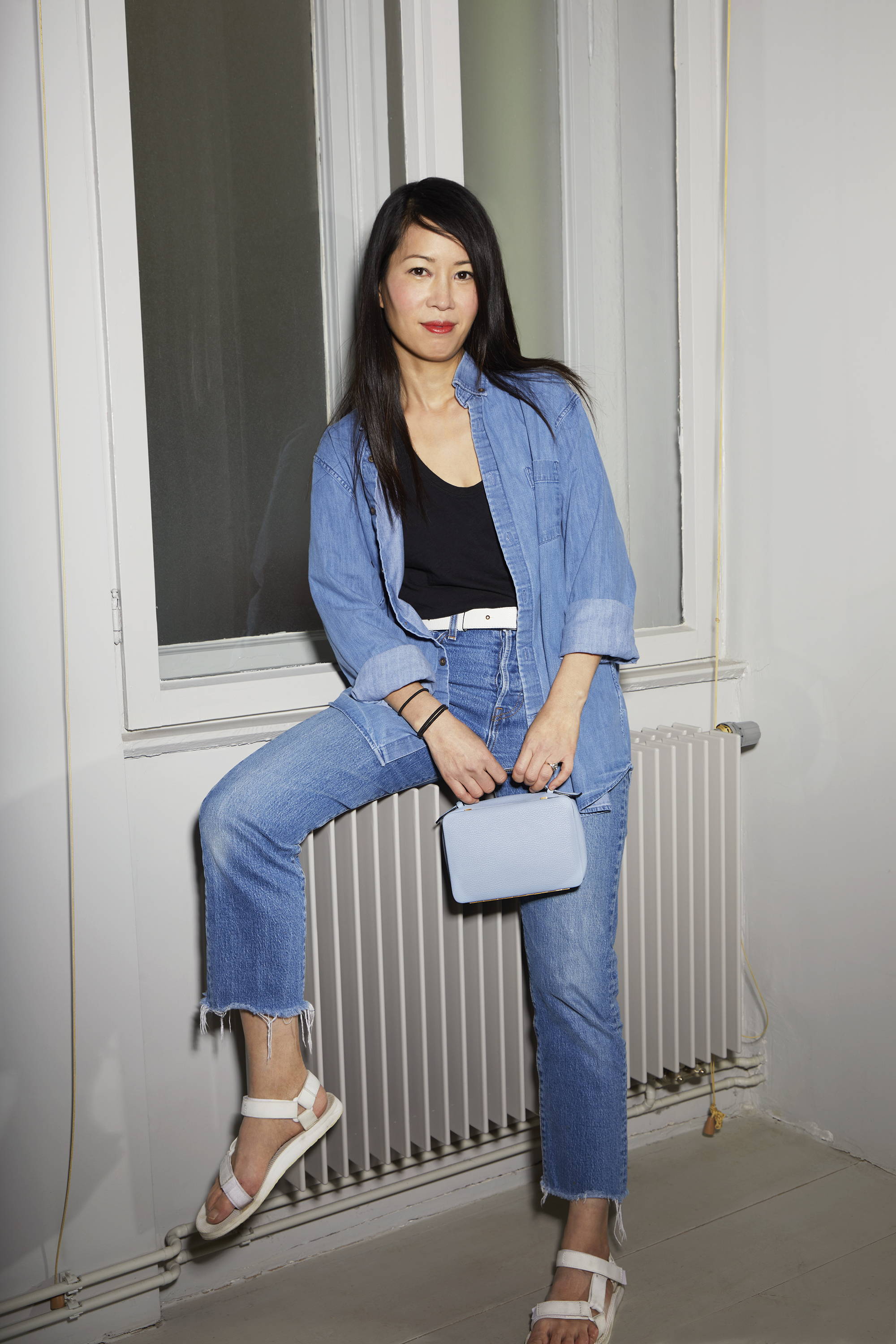 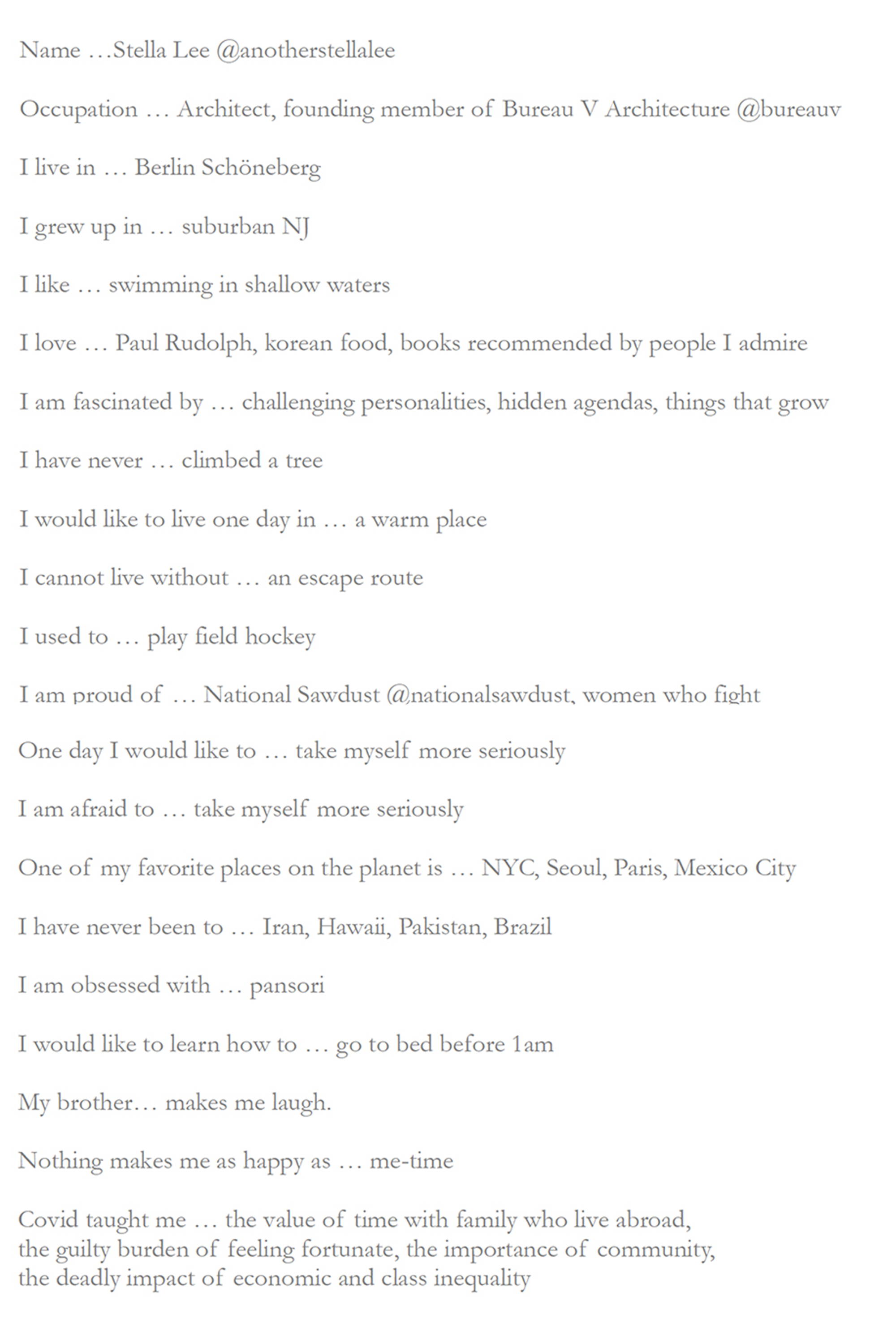 Stella Lee is an architect from New York, where she co-founded the award-winning firm Bureau V Architecture. Stella is now the European lead, since moving to Berlin three years ago with her husband and two children.

Stella kick-started the #metoo movement in the architecture world, when she and four of her colleagues came forward to the NYTimes to expose the famous architect Richard Meier (Getty Center in LA, High Museum of Art in Atlanta, the Jubilee Church in Rome …) of sexual harassment.

Frustrated by the profession’s seeming unwillingness to address workplace discrimination and harassment, she went on to write an Op-Ed in the NYTimes seven months later. Google – it is a great read!

Close to her heart is also the institution ‘Diversity in Architecture’, promoting equality between female and male architects, where she is on the board of trustees.
Stella walks the talk, she is a true role model!